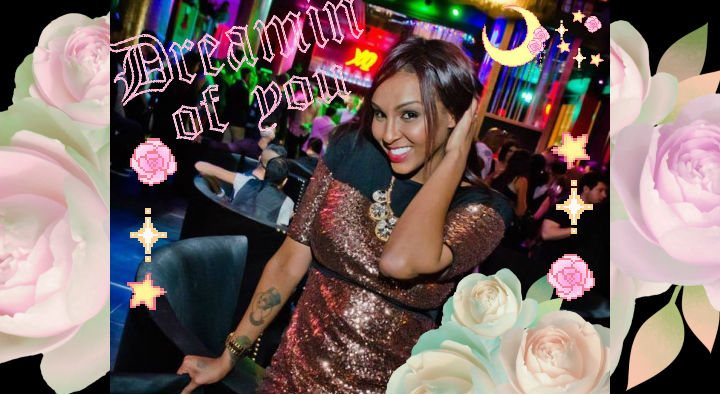 Why scroll past? Trans visibility, justice, and the media market.

Why is the fact that someone is trans change how they are treated to the point of life or death? In 2015 alone numerous trans women have lost their lives (both by homicide and suicide) and had their stories washed away. The only trans death that has received more than indie reporting and local support is Leelah Alcorn, who was white, middle-class, attractive, and educated enough to write an articulate and haunting suicide letter. This made her the most talked about transgender figure of the last six months. What’s troubling, to say the least, is the way that the mainstream queer community, its advocacy organizations and media outlets have let the crippling loss faced by trans women of color fade into the background in comparison.

Nowadays the recurring “LGBT issues” usually involve gay marriage, homophobia, shirtless men, and white people. I mean, why talk about a trans woman murdered by her father when you can talk about Nick Jonas, the latest episode of Looking, or RuPaul’s Drag Race? In a scene that valorizes almost exclusively gay men, more people take to Facebook to crucify Azealia Banks for saying faggot, than are fighting for legislation to support the trans community. Sadly, advocating for a ban on conversion therapy would first require a realization that gay men aren’t the center of the LGBT world when it comes to deserving justice.

The numbers don’t lie. Approximately 46% of trans men and 42% of trans women have attempted suicide. The nation’s 4.6% average is a long way from the trans average. Trans women of color are also systematically brutalized in ways that would grab national attention, were the victim to be more pleasing or relatable to the mainstream. According to the Transgender Human Rights Institute, there are 8 known transgender murder victims since January 1st of this year, with Kristina Gomez Reinwald being the most recent victim. While all murder is an inexplicably horrific crime, the extra attention must be paid to the queer community’s most vulnerable group. The power behind the erasure of trans reality and trans suffering is a trend known as homonormativity. This trend grants privilege to the people in the queer community that are able to mimic heterosexuality and its characteristics (ex. boys are cis-gendered, masculine, big/muscular, and are attracted to women). Homonormativity assumes that queer individuals should match their straight counterparts as much as possible. Hence the allure behind the  “You wouldn’t even know he was gay” comment, often said with a pleasantly surprised smile, as if there was something wrong with being visibly gay.

Queerness is beautiful on its own. Not all trans women want to look like Carmen Carrera. Not all gay men want to blend in. There are nearly limitless variations of how people can look and act, so rather than asking why a fabulously feminine gay man or trans women who doesn’t pass “why can’t they be more normal?” people need to accept and learn that people can represent as they choose.

The dangers of homonormativity are apparent when it comes to trans erasure. Even though The Human Rights Campaign (HRC), NO H8, and GLAAD have been staunch public supporters of marriage equality, not one of these organizations have been able to mobilize similar support for trans issues. Though each has publicly mourned the loss of widely publicized trans cases like Leelah Alcorn there has yet to be a push for concrete actions that fervently rally for trans communities safety- especially trans women of color. Newsflash, a phone line and some websites are not enough to stop the injustices against the trans community and people should not be out here begging for loose tweets. Instead of getting riled up by Azealia Banks dropping the F word, lets get riled up by the fact that even in death trans people are consistently disrespected. The sad truth is that in the LGBT community, the T always comes last. It appears to be less of a coincidence and more of a reflection of how trans always seems to come last. The trans community can’t even use restrooms in peace. People are disrespected with consistent misgendering and ignorant reporting by people who don’t understand what it means to be transgender. The only current major advocacy move is a petition by the Transgender Human Rights Institute for the President of the United States to enact laws banning conversion therapy.

For reference, the Transgender Human Rights Institute’s Facebook page has 3,101 likes as of February 23, 2015—compared to HRC’s 2,152,053 likes, NO H8’s 1,294,038 likes, and GLAAD’s 263,892 likes. Imagine if these 3 million people were here for trans justice. Its time to actually show some love. Love that manifests itself into advocacy, protest, and support. No more empty promises. No more lying to ourselves that the queer community is united. Trans women of color are being killed the most, but are being talked about the least. Let us take inspiration from the #BlackLivesMatter movement, which grew stronger only because people worked hard and kept the conversations going. Helping grow the social media pages of transgender-focused organizations is a great first step (see: Transgender Human Rights Institute,  Transgender Law Center, and the Transgender Housing Network). Share their work, and elevate their voices. Donate to these and other organizations if you are privileged enough to have disposable income. Have conversations and call people on their privilege if you feel comfortable. Just don’t stop trying.

Trans equality will not appear overnight, nor will it be immaculately concepted. It takes individuals being fed up with the bigotry, standing up and intentionally inconveniencing themselves to ensure that everyone’s humanity is respected.